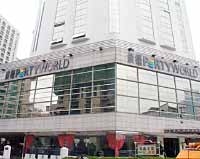 Recently I’ve been trying to find examples of good modern Chinese music. It’s been a hard search. Most Chinese music appears to be made entirely for the karaoke market. The reason for this is probably one of simple economies – the karaoke market in China is huge. Almost everyone takes part in it, both men and women, young and old. Karaoke centres are vast buildings with hundreds of private rooms where people go to sing on all manner of occasions – with friends, lovers, even on business.

TV is also full of karaoke-style shows. At any moment of the day it is likely that somewhere there is a TV station in China broadcasting amateur singing. It’s taken very seriously, with big competitions and major prizes. Often a popular karaoke singer will go on to start a successful pop career. It even goes deep inside the state with CCTV7 broadcasting the unintentionally funny army karaoke show (or at least, that’s my interpretation of it).

Not being the singing type, karaoke is something I’m happy to observe from a distance. However, it does skew my opinion of modern Chinese music terribly. Everything I’ve seen so far appears to be either homogenized romantic karaoke pulp, or an equally homogenized hip-hop knock-off. Seriously, watching Chinese music shows is frustrating, with little to tell them apart. Even the videos are identical, with the same washed out colours and the exact same pseudo-melodramatic story.

Now I know it’s unfair to expect another country to produce music that exactly fits my tastes (or that Western music doesn’t suffer similar comparisons), but I’m open-minded and want to see what’s outside this sea of grey. It’s not just a Chinese problem either, the same seems to apply to Korea and Taiwan, who heavily influence the Chinese market.

Faye Wong is one of the few artists that appears to be worthy of interest. She is a fan of 80’s post-punk group Cocteau Twins, has a trippy soft-rock style, has covered The Cranberries, and is well-known for having a somewhat abrasive personality. She also appears to be quite possibly insane in the Hong Kong movie, Chungking Express. All of this makes great material for further investigation. 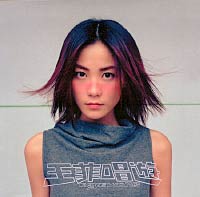 If anyone has any suggestions for other Asian music that’s not karaoke-based then I’d be very happy to hear them. I’m sure there’s an alternative music scene in China (and the rest of East-Asia), I just don’t know where it is!

3 thoughts on “Made for Karaoke – The state of Chinese music”