I came across a vegetable in the supermarket the other day that I’ve not seen since China. 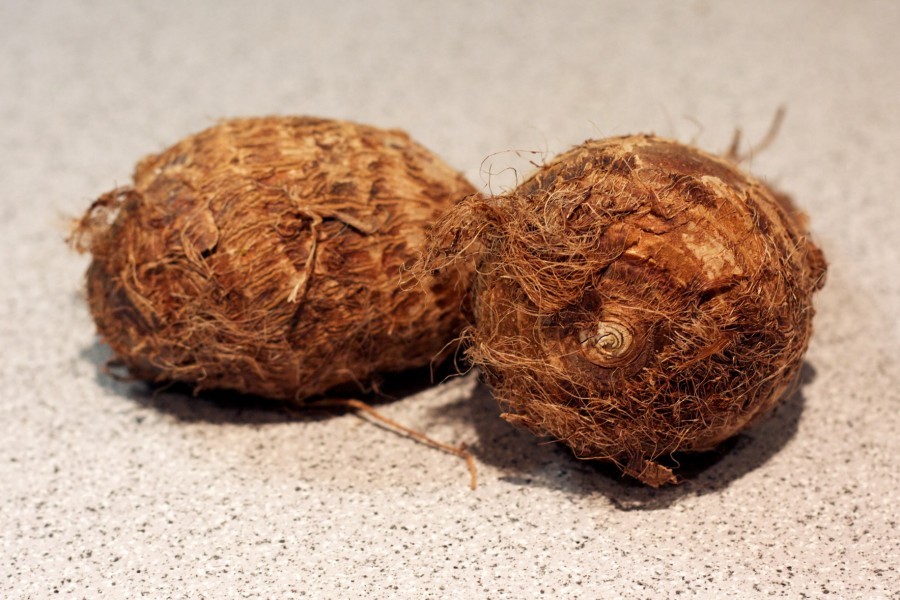 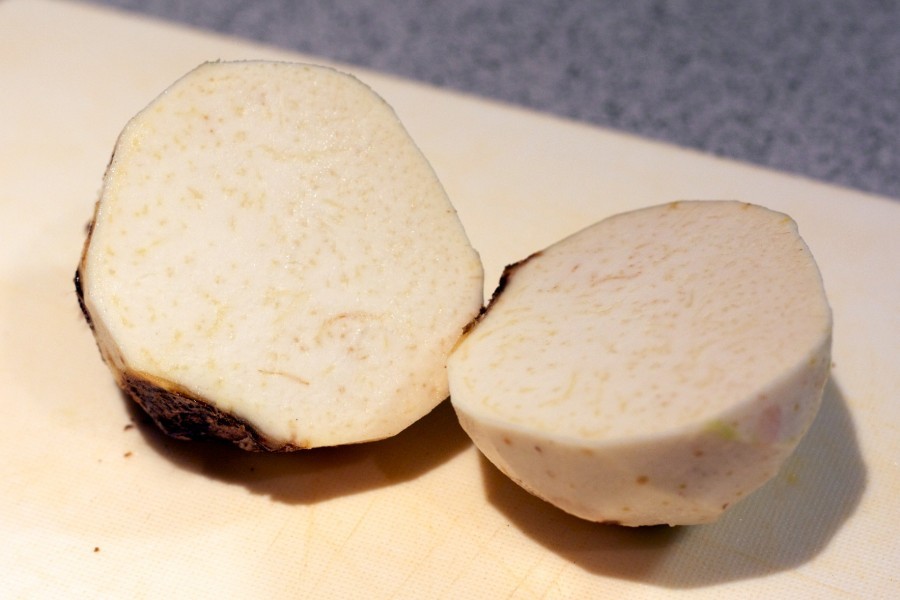 I always referred to it as a taro, but it seems it has several varieties, and this one was an eddoe.

Wikipedia refers to the flavour as:

It’s a lot like a potatoe, but when cooked it goes crumbly and purple, and tastes kind of like… ice cream. Hard to describe really. In China it’s very popular, both fried as a main course, and as a dessert.

Cutting the skin releases some slightly toxic chemicals so you have to be careful! Cooking removes the toxins and you’re left with an unusual food. 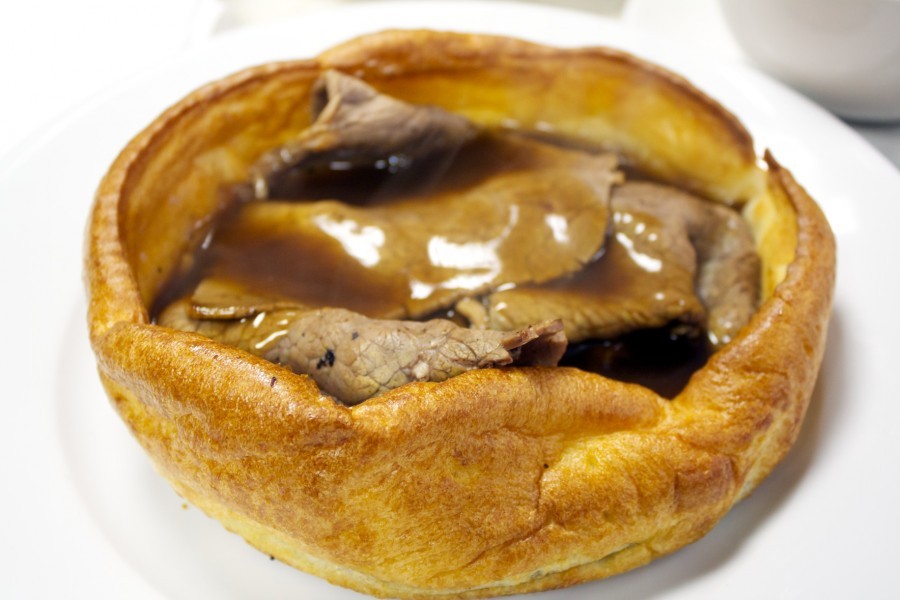 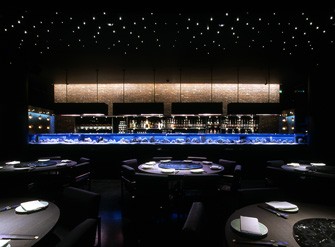 END_OF_DOCUMENT_TOKEN_TO_BE_REPLACED

I’ve been introduced to a lot of Czech food recently, courtesy of some Czech friends, and it’s been a fun (if sometimes weird) experience. It’s also given me the opportunity of visiting real local-style places. I haven’t quite decided what the criteria for distinguishing a ‘local-style’ place is yet, but if it’s in anyway intimidating then it almost certainly counts. 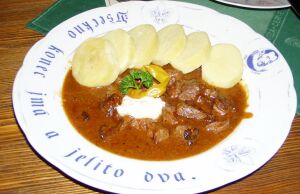 The food I’ve been served reminds me a lot of the food I used to eat in England as a child: heavy, meaty, and simple. Popular foods here are dumplings (potato and bread varieties), meats and meat sauces, bread, cabbage, and cheese.

Fried food is far too popular, and a meal may consist simply of fried mushrooms, boiled potatoes, and some tartar sauce. Tasty, but not particularly healthy.

As an unconfirmed vegetarian it can be a frustrating experience, although there are some notable exceptions (the excellent Radost FX being one).

I’ve had some pretty unexpected surprises. For some reason, eating spinach with cream is very popular here. Now I love spinach on its own, but with cream? Using my basic understanding of Czech I ordered what I thought was a spinach pizza. The menu mentioned spinach (spenat) and cream (smetana), but I figured it was spinach, with some sort of sour cream in a small side dish. Alas not, it simply meant spinach and cream. It would actually have been alright if it hadn’t been for the raw egg placed gently on top. I missed that word entirely!