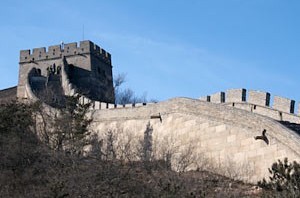 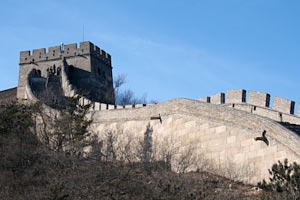 After two years in China I finally managed to do something I’ve been planning to do for a long time, namely visit Beijing. As Southern China is such a very long way from the North, Christmas seemed as good a time as any, and after some last-minute clicking I had a flight and hotel booked to see me through the Christmas period.

Not only is Beijing geographically distant from Guangzhou, it’s also different in most other respects. The people look different, they behave different, they eat different, and they speak different. It would be easy to convince yourself you are in a different country entirely.

Beijing was, as expected, very cold in December. For a tourist Beijing is amazing, with so many different sites to see and it was the first time I felt like I’d really been in China (or the China that exists in movies). Guangzhou is positively barren in comparison. Saying that, the quality of life is much higher in Guangzhou and people are generally more prosperous – Beijing looked and felt poor.

The food was interesting. After slowly developing a liking for dim-sum and other Cantonese dishes, it’s a surprise to find yourself faced with carbs in such quantities again. Beijing food tends to be heavier and a lot more strongly flavoured. One particularly interesting dish was found at a street-side vendor where you could buy a breakfast ‘wrap’ – a woman would spread a pancake-like mix on a large round hot-plate, smooth it out with a paint-roller, add some strong vinegary soy sauce concoction, break an egg on top, sprinkle on a selection of green onions and other assorted ‘things’, and then add on a rice cake before deftly wrapping it all up into a plastic bag ready to be eaten. That’s a breakfast and a half!

There were, of course, a lot of undesirable elements to Beijing. It’s hard to escape the tourist industry, and it follows you everywhere you go. Every place of interest is covered in tour groups. Street hawkers pester you, as do rickshaw drivers, and there are countless ‘helpful pedestrians’ who will happily lie through their teeth to convince you that such-and-such is the correct method of transport. This seems to be more of a problem in Beijing than anywhere else in China that I’ve been, and some people will not take no for an answer. In one instance I was followed a good ten minutes down the street before having racially inappropriate slurs shouted at me when I wouldn’t submit.

They say that Beijing is undergoing furious work to prepare itself for the 2008 Olympics. The only sign of this I saw was that the Forbidden City was sadly under scaffolding. Other than that, Beijing was extremely frustrating to navigate, with almost no tourist support outside expensive coach tours. You would think that reaching such popular destinations as the Great Wall and the Summer Palace would be simple, but these where all obscured by confusing public transport, lack of street signs, and fake buses. Heaven knows how the millions of tourists that will flood in later this year will cope.

Saying all that, Beijing was a great place to visit and it is certainly a lot more beautiful and historical than Guangzhou. My only regret is not having enough time to see beyond the most obvious sites. A return visit is definitely required.

2 thoughts on “Christmas in Bejing”