I watched two movies at the weekend and I still don’t know what to think of them. The first was Roman Polanski’s The Tenant. I’ve not watched many Polanski movies and even though I enjoyed my flat-mates story about meeting him at a wedding last year, he was always someone I heard a lot about, but never quite managed to see.

Sometimes you can watch a movie and wonder if, when you blink, you actually fall asleep by accident. That’s not because of boredom but just because you feel like you missed a key scene. The Tenant is very much like that. There is a slow build-up of paranoia as a man rents an apartment in which the previous tenant jumped out of the window. He begins to suspect that his neighbors caused it to happen, and this first half of the movie is great with lots of wonderful Kafka-esque situations.

Warning: contains spoilers – don’t read further if you want to watch the movie!

It gradually becomes darker and more intense and he starts to believe they are turning him into the previous occupant, a woman. Then it becomes very trippy and sure enough he is dressed as a woman and throws himself out of the window. Not once I should add, but twice. He survives the first jump, crawls back upstairs, and does it again. Now that’s persistence.

One summation I particularly liked is ‘cross-dressing as insanity’. 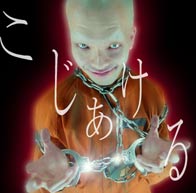 The second movie was Gusher No Binds Me (also known as Bottled Fools). This is a near-future nightmarish Japanese world where everyone lives inside a giant building, with elevators used as transport. One particular elevator is making its journey with an assortment of occupants when it detours to pick up two prisoners. Things then go very bad, very quick. The majority of the movie is shot within the elevator, and in true Japanese style it is highly claustrophobic, weird, and very cool. There are a lot of very clever sequences and the movie feels like a giant ultra-violent MTV video. One scene in particular would give The Matrix a run for its money. Not for the squeamish.

There’s a nice flash website which although in Japanese does contain some goodies, such as this clip of the Matrix ultraviolence, as well as the surreal pseudo-monkey cleaners. The clip is 10MB, so be patient.